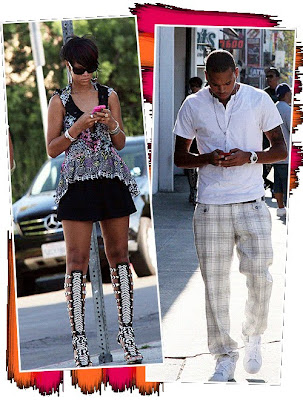 I’m getting old. I’m finally forced to admit that, and it’s not because I still buy CDs, it’s because none of my major relationships were based around text messaging. I don’t say things like “i’ll text you later” and I still think GNR stands for Guns and Roses. I know this chick and all of her communications with boys is done through texting. She recently broke up with her boyfriend… but neither one of them said “it’s over” or “I think it’s time to move on” they simply stopped texting each other. The Nerds who created computers so they wouldn’t have to socially interact have won. Welcome to the Future of Romance

How the fuck can you have a meaningful relationship if your MAIN form of communication is a series of LOL’s and short hand words? Just because Text messaging is unlimited on your plan doesn’t mean you should get your money’s worth. I’m not having an entire fucking conversation with you on a touchscreen. If you need three text messages to explain it to me… CALL ME. The only time I can see texting like crazy is if you’re watching TV and you go back and forth with that person about what’s happening. I understand shooting a text every time Kobe Bryant dunks the ball or when Serena sleeps with yet another dude on Gossip Girl, that’s totally fine. But don’t text me asking “guess what happened to me today?” Motherfucker pick up the phone, call me and tell me, do not relay some long ass story through text. I think the reason Twitter was invented was to facilitate those text junkies whose friends don’t want to text with them anymore because they’re annoying in real life. It’s one thing to play on your phone, god knows I stay checking my viigo application, but whats with the back and forth texts all day everyday? My girlfriend texts like crazy and I always give her shit “talking to your lesbian lovers” but I really don’t mind it because I’d rather have her typing away than squawking in my ear while her and her bffs gossip. My problem isn’t with two friends passing notes back and forth, it’s with GROWN ASS FOLKS who would rather text then engage in a real conversation.

I Don’t Like To Talk On The Phone: Are you really that lazy or just dumb?

It’s easier for me to express myself: You don’t speak Latin, you speak English, easiest language in the world. Use it.

I’m Shy: um, so it’s hard to talk one on one, but it’s easy to text me “I’m playing with my clit, wishing your juicy dick was in my mouth”… yeah you are sooooo SHY!

I’m busy: If you’re so busy why the fuck are you texting me every two seconds after I respond back? I can see during the day time, but if it’s 11pm what the fuck are you doing??? On the computer i-chating while watching Lifetime? Yeah you’re real busy.

Not wanting to talk on the phone because you are shy/nervous is immature. If you like some one, sure there will be butterflies, but that’s part of getting to know them, saying “lets just text” is playing it safe because you don’t want to get attached or have your heart broke. To me shit like texting with people you don’t really know is on some Harry Potter shit, it doesn’t feel real, I could text with you for a month and still wouldn’t know anything about you except you like to end every sentence with lmao. Dirty texts are always an exception because they’re mostly innocent fun, but I think it’s funny and sad at the same time that people are afraid of actual verbal communication yet won’t hesitate to send a nude picture or sext you.

Oh well, I’m out… text me if you got the number.

How To Get Revenge On Your Ex

Are Today’s Men Scared of Pussy Part II: Rise of The Simp

Dick Whipped & Exploited – How To Upgrade Your Options